WHAT IS FABRY DISEASE?

Fabry disease is an inherited disorder that can affect many parts of the body, especially the heart and kidneys. People with Fabry disease have problems breaking down a substance in the body called globotriaosylceramide (GL-3). Fabry disease belongs to a group of disorders known as lysosomal storage disordersThese are a group of rare inherited disorders. People with lysosomal storage disorders have problems with breaking down large molecules within the lysosome. When the enzymes inside lysosomes are missing or not working properly, there can be a buildup of these molecules which causes a variety of health problems..

Fabry disease is caused by problems with the enzyme called alpha-galactosidase A (alpha-GAL). In people with Fabry disease, alpha-GAL is missing or not working properly. Normally, alpha-GAL helps cells break down a substance called GL-3 into smaller particles that can enter the bloodstream and eventually be discarded or reused. When alpha-GAL doesn’t function properly, GL-3 accumulates in cell lysosomesLysosomes are like recycling centers for cells. They are small sacs filled with many enzymes that help break down large molecules into smaller molecules that the body can re-use., eventually causing cell damage. WHAT ARE THE SYMPTOMS OF FABRY DISEASE?

Fabry disease can cause problems in many systems of the body. The disease is commonly characterized by:

Over time, people with Fabry disease can develop more severe complications such as:

WHAT IS THE TREATMENT FOR FABRY DISEASE?

People with Fabry disease should be treated by a team of specialists who are familiar with the disorder. Which specialists are needed will depend on the person’s symptoms. All people with Fabry disease should be seen by a biochemical genetics doctor (or metabolic genetics specialistThis is a doctor or medical geneticist who has special training in diagnosing and treating metabolic disorders. They often work in university hospitals or large medical centers.). Their team may also include a cardiologistA cardiologist is a doctor who specializes in the heart. (heart doctor), audiologist (hearing doctor), neurologistA specialist in the anatomy, functions, and organic disorders of nerves and the nervous system. (brain doctor), nephrologist (kidney doctor), and a genetic counselorThese are health care providers who have special training in genetic conditions. They help families understand genetic disorders and how they are passed down. Genetic counselors offer information and support to people who have genetic conditions in their families or are concerned that they may have a child with an inherited disorder.. This team can support the family and help manage the symptoms of Fabry disease.

Treatment for Fabry disease has two main goals: 1) replace or increase the function of alpha-GAL, and 2) alleviate symptoms and prevent future complications.

WHAT HAPPENS WHEN FABRY DISEASE IS TREATED?

While treatment can help alleviate symptoms and avoid some complications, Fabry disease tends to be progressive, meaning symptoms and problems get worse over time. The most common cause of death in individuals with Fabry disease is heart and blood vessel disease (cardiovascular disease). Individuals with Fabry disease should have their kidney function, heart (cardiac) function, and hearing monitored yearly and consider having brain imaging (MRIThis test uses magnetic waves to make pictures of the body. It can sometimes be used instead of x-rays to look at areas inside the body. It is often used to look at the brain or other inner organs.) every 2 years.

WHAT CAUSES THE ALPHA-GALACTOSIDASE A ENZYME TO BE ABSENT OR NOT WORKING CORRECTLY?

Genes tell the body to make different enzymes. The GLA gene provides the instructions to make alpha-GAL. Males have one copy of the GLA gene and females have two copies of the GLA gene. In males with Fabry disease, the one copy of their GLA gene does not work correctly. Females may have either one or two nonfunctioning GLA genesA segment of DNA that contains the instructions to make a specific protein (or part of a protein). Genes are contained on chromosomes. Chromosomes, and the genes on those chromosomes, are passed on from parent to child. Errors in the DNA that make up a gene are called variants and can lead to diseases.. Because of the changes in the GAL gene, the alpha-GAL enzyme either does not work properly or is not made at all.

HOW IS FABRY DISEASE INHERITED?

Females with one non-working copy of the GLA gene on one X chromosome are variably affected by Fabry disease. They may experience the same symptoms as affected males, milder symptoms than affected males, or even no symptoms at all. DNADeoxyribonucleic acid (DNA) is a molecule found in the chromosomes that carries genetic information. DNA is composed of four units (called bases) that are designated A, T, G, and C. The sequence of the bases spell out instructions for making all of the proteins needed by an organism. A gene is a section of DNA that holds the instructions for a specific protein. A change in one or more of the DNA bases making up a gene is called a mutation. Some mutations change the protein instructions and can lead to particular health problems or disorders. Each parent passes half of their chromosomes, and thus half of their DNA instructions, onto their children. It is these instructions that cause certain traits, such as eye or hair color, to be inherited. testing is not always necessary to diagnose Fabry disease in boys. However, genetic testing is necessary to determine whether females are carriers. Genetic testing can also be used to determine if certain medications can be helpful to treat Fabry disease.

WHAT OTHER TESTING IS AVAILABLE?

ScreeningThe process of testing for disease in a person who does not show signs of having the disease (nonsymptomatic or asymptomatic person). The goal of screening is to catch the disease in its early stages. Tests

If a baby has a positive result on the initial Fabry newborn screen, it does not always mean that he or she has Fabry disease. Low alpha-GAL enzyme activity levels can sometimes be found in people who never develop Fabry disease. A positive screening result means that further testing must be done to confirm or rule out Fabry disease. Rarely, there can also be false positives with additional testing.

Confirmatory testing
For males, the amount of alpha-GAL enzyme activity is measured in the blood or in other cells from the body. In females, DNA testing is necessary to confirm the diagnosis as some female carriers have normal alpha-GAL levels in their blood.

Genetic testing of the GLA gene may also be performed to help confirm the diagnosis.

CAN YOU TEST FOR FABRY DISEASE DURING A FUTURE PREGNANCY?

If a genetic cause has been identified, DNA from the fetus can be tested. The sample for this testing is obtained by either CVS or amniocentesisThis is a test done during pregnancy. A needle is used to remove a small sample of fluid from the sac around the fetus. The sample can be used to test for certain genetic disorders in the fetus. Amniocentesis to test for genetic conditions is usually done between 13 and 20 weeks of pregnancy..

Parents may choose to have testing during pregnancy or wait until birth to have the baby tested. Parents may also choose to use assisted reproductive techniques to decrease the chance that their future children would have Fabry disease. A genetic counselor can talk to you about your choices and answer questions about prenatal testing or testing your baby after birth.

CAN OTHER MEMBERS OF THE FAMILY HAVE FABRY DISEASE OR BE CARRIERS?

Only some states offer newborn screening for Fabry disease. It is very important that other family members are told that they could be at risk of having Fabry disease or being carriers.

CAN OTHER FAMILY MEMBERS BE TESTED?

Diagnostic testing
Brothers of a child with Fabry disease should be tested, by measuring alpha-GAL enzyme activity or DNA testing to determine if they also have Fabry disease. Talk to your doctor or genetic counselor if you have questions about testing for Fabry disease.

Carrier testing
Female family members can have DNA testing to see if they are carriers. If you have questions about carrier testing, ask your genetic counselor or doctor.

HOW MANY PEOPLE HAVE FABRY DISEASE?

It is estimated that 1 in every 50,000 males will be born with Fabry disease, although some recent studies show it may be more common than previously thought. The disease is much less common in females.

Fabry disease occurs in people of all ethnic groups around the world.

DOES FABRY DISEASE GO BY ANY OTHER NAMES?

THIS INFORMATION DOES NOT PROVIDE MEDICAL ADVICE. All content (“Content”), including text, graphics, images and information are for general informational purposes only. You are encouraged to confer with your doctor or other health care professional with regard to information contained on this information sheet. After reading this information sheet, you are encouraged to review the information carefully with your doctor or other healthcare provider. The Content is not intended to be a substitute for professional medical advice, diagnosis or treatment. NEVER DISREGARD PROFESSIONAL MEDICAL ADVICE, OR DELAY IN SEEKING IT, BECAUSE OF SOMETHING YOU HAVE READ ON THIS INFORMATION SHEET. This project is supported by a grant from the MaternalHaving to do with the mother. and Child Health Bureau, Health Resources and Service Administration, Genetic Services Branch, MCH Project #UH7MC30774-01-00 http://mchb.hrsa.gov 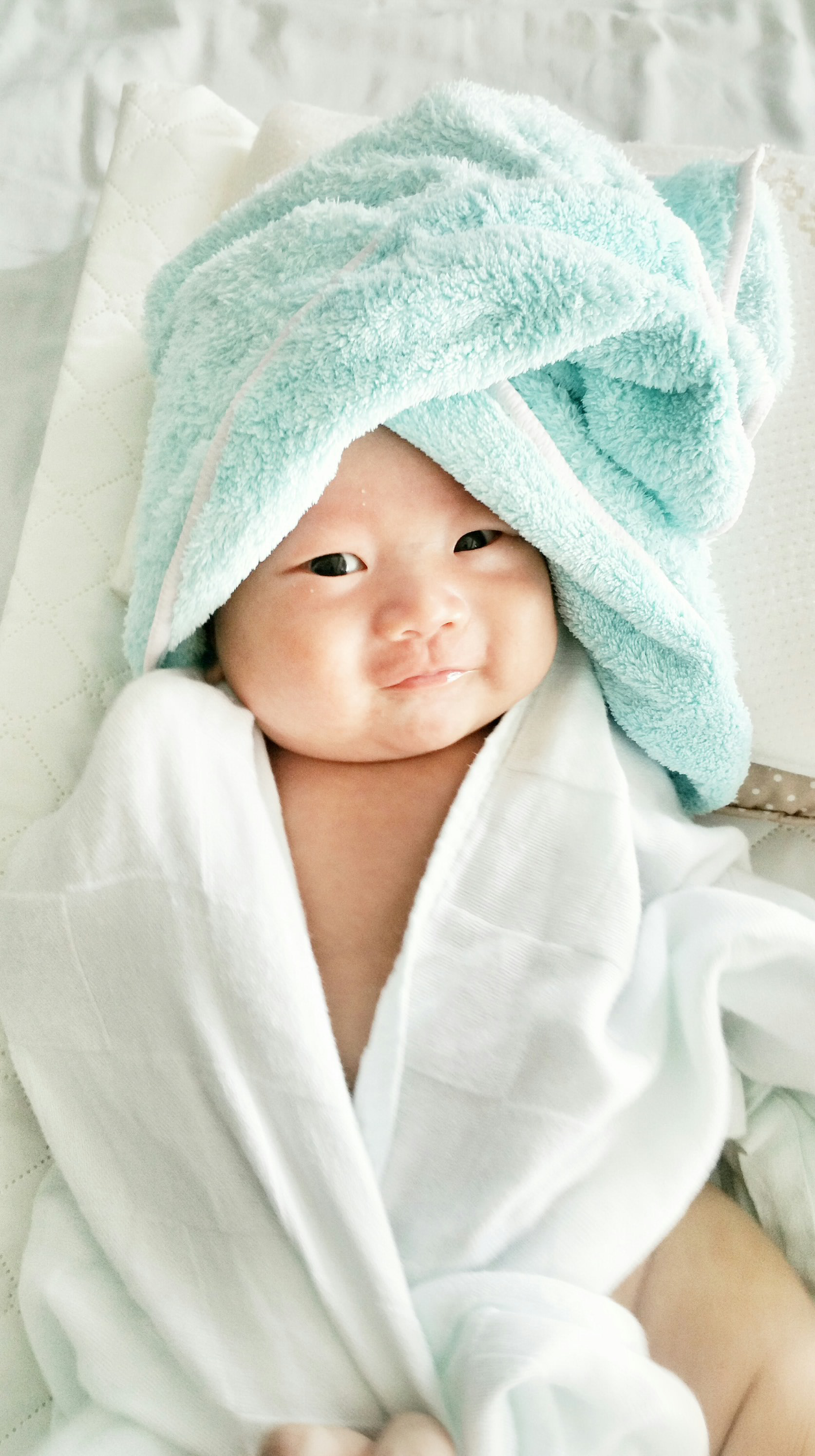